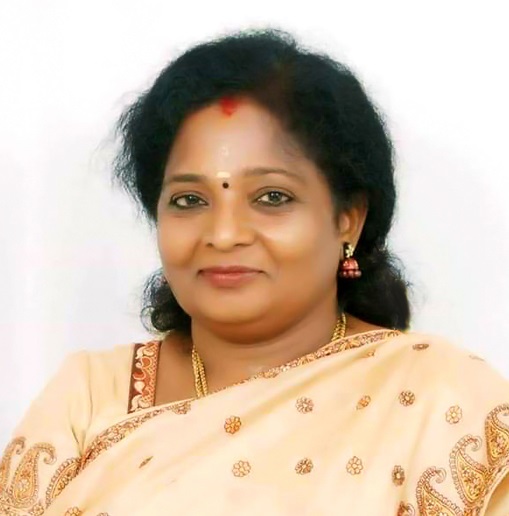 She has a remarkable public & social service background spanning over 20 years. She also has an illustrious political career in last two decades where she has successfully led the state unit of a political party with noteworthy accomplishments.

Dr. Tamilisai Soundararajan started her career as a medical practitioner after completing her M.B.B.S., P.G. in Gynecology (DGO). She has undertaken special training on Ultrasound & Fetal Therapy at Toronto, Canada. She worked as an Assistant Professor (Department of Gynecology at Sri Rama Chandra Medical College – Chennai) for 7 years & resigned in 2003 for full time political engagements.

She nurtures great devotion towards public service and enhancement of living standards of common people with focus on health and education as a prime agenda. She has donned the hat of being a State Head of a political party & steering it with exemplary management skills & pro-people service milieu.

Dr. Tamilisai Soundararajan is a proud recipient of an international award titled “ International Rising Star of the Year – 2018” by multi Ethnic advisory task force, USA under US Congressman Danny. K. Davis for her services to the society especially in the field of Politics, Public and Medical Services.

Dr. Tamilisai Soundararajan is known for her strong advocacy towards uplifting living standards of people through better health and preventive care. She is a great admirer of social & cultural strengths of our country and very considerate towards inclusion of values & humility right at basic education system & upwards.

Dr. Tamilisai Soundararajan happens to be very focused towards development of society and well-being of citizens even at last mile.

Assumed the Office of the Lieutenant Governor of Puducherry on 18th February, 2021.